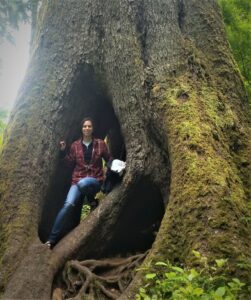 Hannah Dankbar has been the Local Food Program Manager at NC State Extension since March 2019. In this role Hannah provides leadership for the Extension Local Food Program Team, oversees the Local Food program area of Extension, develops and provides educational opportunities for food system practitioners and county local food coordinators, and works to build capacity for local food systems in North Carolina by participating in state and national level projects.

For 2022, Hannah is excited to see the Local Food Program continue to grow and serve communities. Some highlights that she is excited about include assisting farmers markets across the state organize as a formal network and organization, developing Extension curriculum for new and small-scale farms, and generating content for online professional development courses. Hannah feels lucky to work for Extension and be able to serve residents of North Carolina to make our state stronger.

Hannah grew up in Iowa surrounded by farms. Growing up around agriculture stayed with her as she worked through her undergraduate and graduate studies at Iowa State University where Hannah became interested in the intersection of food systems, community development, and land use.

Hannah moved to North Carolina from the Oregon Coast where she began her career as an environmental land use planner. Hannah enjoyed working with landowners and communities to develop and implement policies and infrastructure to protect landscapes along the coast.

Since moving to North Carolina Hannah has enjoyed exploring the diverse landscapes and farms across the state. She enjoys the variety of food produced within the state and deep agricultural history that shapes the identity of the state today. When she’s not thinking about farm or food, Hannah enjoys distance running, exploring parks, bike commuting and camping, and reading. 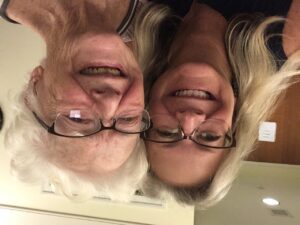 Becky Bowen is the Manager of Cultivate NC, an initiative of NC State Extension’s Community and Rural Development team. In this role Becky has led the economic development planning efforts of several regions in the state under USDA’s Stronger Economies Together and LEAD programs and is currently leading the CREATE BRIDGES initiative in the Mountain West region. She has also co-led the award-winning Vacationer Supported Agriculture program and developed the Agritourism Curriculum for NC State Extension’s Local Food Program Team. She currently serves as the President of the NC Association of Cooperative Extension Specialists.

Originally from Raleigh, NC, she now calls Winston-Salem home, where she routinely answers calls and emails from Extension agents around the state. Prior to COVID, Becky was on the road 2-3 days a week, advising on projects from the coast to the mountains and all points in between. During COVID, she delivers most of her counsel via Zoom.

In addition to her economic development experience, Becky is an attorney, having practiced law in Texas, North Dakota, and North Carolina. She has significant expertise in small business and nonprofit development and has done extensive work in cooperative formations.

Becky left North Carolina a long time ago and moved to Texas, then to North Dakota, where she raised her two daughters. In 2012 she returned to North Carolina to care for her mother, Jean, now 95 years old. When not restricted by pandemic-related mandates, she loves to travel. Australia and New Zealand top her list of places to go next. 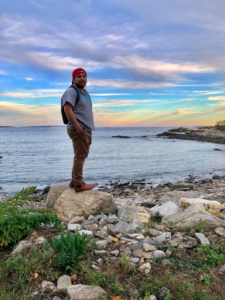 Roberto Rosales is the Lead Farmworker Health and Safety Educator for N.C. Cooperative Extension. He grew up in a migrant farmworker household, so home changed every couple of months or sometimes every month following the agriculture harvest seasons on the east coast. Eventually, his family settled on the Eastern Shore of Virginia. After high school, Roberto attended Virginia Wesleyan College where he was part of the men’s college soccer team. Roberto graduated in 2011 with a Bachelor of Arts in Communications and Spanish and went on to work in the healthcare system for many years before entering the education field, in Virginia.

In 2018 Roberto joined N.C. Cooperative Extension’s Farmworker Health and Safety Education program. Since 2018 he has been involved in many different projects providing health and safety education to farmworkers and received a recognition in the “Top 20 Under 40” by the Wilson Times in Wilson County.

Currently Roberto is the Lead Educator of the Farmworker Health and Safety Education program and is involved in coordinating and connecting resources across different counties. On one project he’s collecting donated goods for farmworkers and on the next he’s on calls to bring internet infrastructure to agricultural

communities. He has built collaborations and relationships in different counties, between agencies, and in different sectors to serve the agriculture community. Roberto’s creativity and ability to navigate between North Carolina’s diverse community has brought many resources to both the agricultural and Latinx community.

When Roberto isn’t traveling to NC farms, he enjoys his time exploring other places(pre-pandemic), like Costa Rica, Ireland, Italy, and within the United States. Along his travels, his priority is always finding the hidden food gems of the cities, which typically involve mom and pop shops. Soccer is Roberto’s passion, and  while he played at the collegiate level, he has since retired and now focuses on watching it on television or going to professional games. Whether you are looking to learn about farmworkers in North Carolina or if you are looking for food recommendations in North Carolina, Roberto is the right person to call. 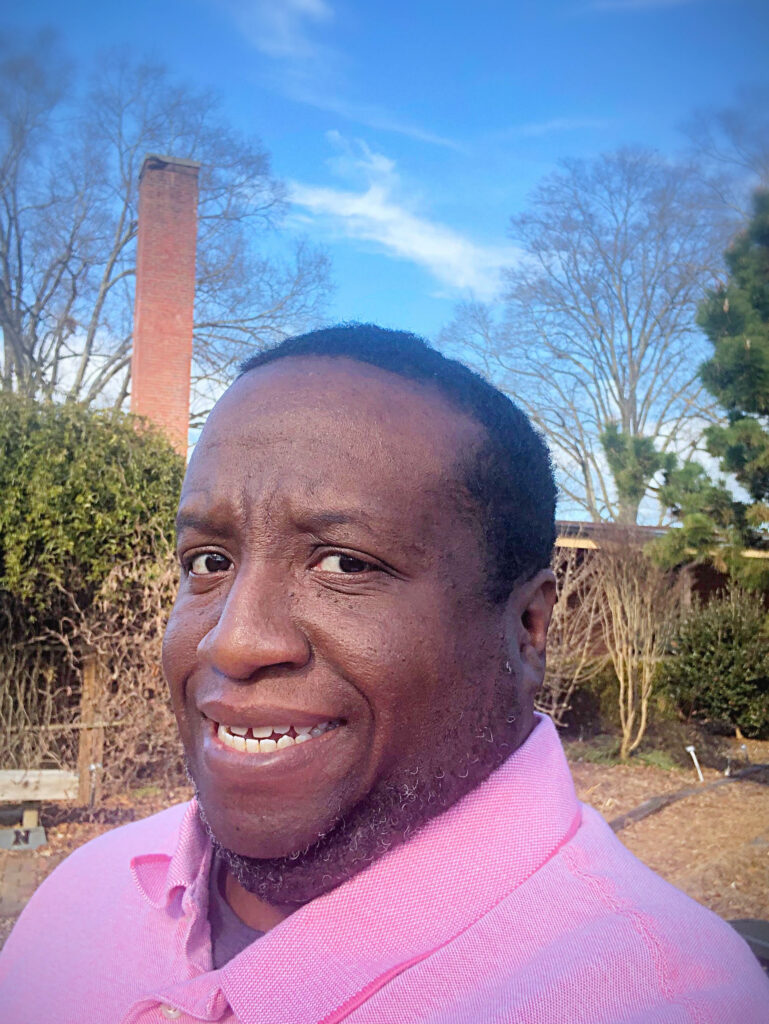 Marcus Cyprian is the Horticulture Assistant/School Garden Coordinator for Gaston County Cooperative Extension. Marcus grew up in nearby Cleveland County. He graduated from Shelby High School in 1995. He attended NC Agricultural and Technical State University majoring in Communications. He returned to Shelby in 1999 and worked as an administrator with Azdel Incorporated. He worked for Azdel until 2001 but was laid off due to a merger with South Korean based manufacturer Hanwha.

He then began a career in youth development working for a Boys & Girls Club organization in Gaston County. He worked there for 5 years until deciding to explore a career in Culinary Arts. Marcus completed a degree at Johnson & Wales University and would work as a sous chef, personal chef and private caterer. After the economy took a turn, he returned to youth development where he would work for another 5 years as Unit Director and Director of Operations for the afore mentioned Boys & Girls Club Organization.

Finally, in  2017 Marcus was hired at Gaston County Cooperative Extension to fill the  School Garden Coordinator position. He has managed 7 different school gardens, employing a program called Healthy Harvest which is a 10 week program geared toward 3rd grade public school students that covers themes such as types of soils, recycling and conservation, beneficial insects and the plant life cycle. He also has worked closely with area community gardens and efforts made by healthcare institutions such as Kintegra Health, Blue Cross/Blue Shield and the Gaston County Health Department in addition to the City of Gastonia in developing solutions to health disparities in underserved areas. He is a member of the Gaston County Health Departments Health Equity Team as well as a board member with the Rotary Community Garden.

Marcus loves beach trips, cooking and bike riding. During the summer, he loves visiting his two favorite vacation spots: Pawley’s Island, SC and Charleston, SC. When he isn’t visiting the beach you can find him relaxing at home or spending time with his nieces, Zoey (15) and Zuri (3). 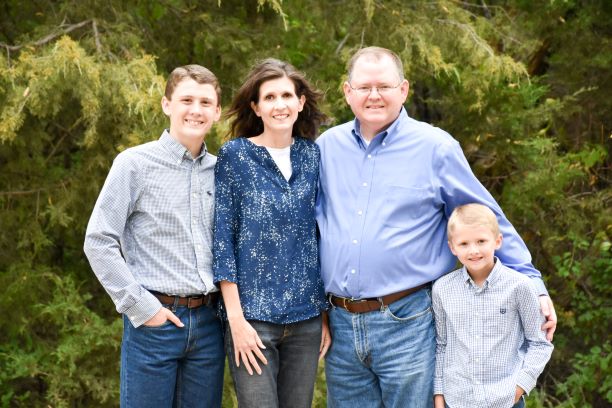 Kenny Sherin is the County Extension Director in Randolph County. He grew up on a farm in Union County, NC, where his family grew soybeans and raised beef cattle. After earning a Bachelor’s degree in Natural Resources and a Master’s of Science in Forestry from NC State University, Kenny received a Master’s of Divinity from Campbell University, where he met his wife, Karen, a native of Harnett County. Together, they served a church in Oxford, where he was pastor and Karen was the associate pastor.

Besides his administrative roles in South Dakota and now in Randolph County, Kenny works on a diverse range of community development issues. Workforce development is an issue Kenny is passionate about. He has worked with numerous communities, led workshops, and published articles on the topic. In addition to leading workshops and publishing, Kenny helps facilitate a national ad-hoc group of extension professionals working in workforce development. The group is called the Workforce Development in Extension Workgroup (WDEW).

Another community development issue Kenny works on is broadband. Kenny is part of the National Digital Education Extension Team (NDEET) that operates out of the Southern Rural Development Center. This group works on and advocates for broadband issues on a national level. As part of this team, Kenny helped develop the curriculum for the 4-H Tech Changemakers project with National 4-H Council and Microsoft. In Randolph County, Kenny is leading the effort on the Digital Inclusion BAND-NC project. The initiative is part of the NC State’s Institute of Emerging Issues and the NC Broadband Office with the goal of having a digital inclusion plan in every North Carolina county.

Kenny is married to Karen, and they have two sons, Matthew (16) and Caleb (10). They are enjoying being closer to family in NC and not having to shovel as much snow. The pandemic has messed up their plans to go to the beach upon moving back to North Carolina. Their goal is to make it to the beach this fall to do some surf fishing. Kenny would love visiting County Extension offices along the way, so if he shows up one day, don’t be surprised.